A Review of Barley and Vine – Lakeville’s Newest Eatery 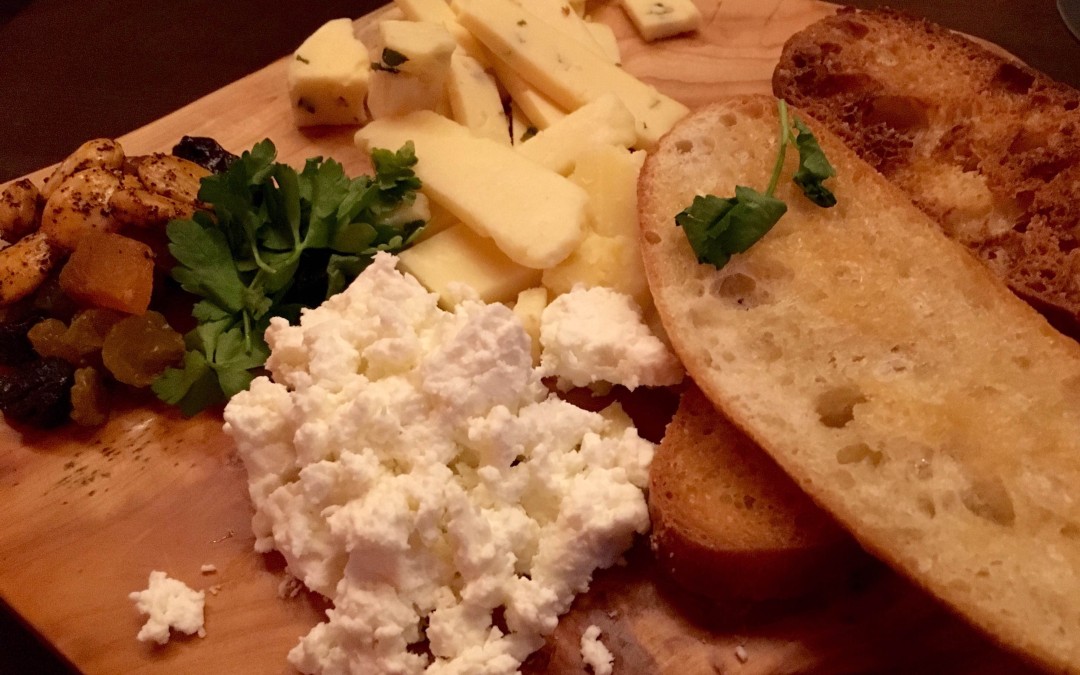 If you live anywhere in the Lakeville/Farmington/Apple Valley region, you can finally exhale. The newest eatery in Lakeville — Barley and Vine (formerly known as Copper River, formerly known as Molly Cool’s, and so on, and so forth) — has arrived.

And spoiler alert: So far, it’s everything you wanted it to be.

Let’s do a quick postmortem so we can get some closure. For the past 6 years, the big space with the awesome patio rotated owners and names, but not much else. Even at its best, we simply didn’t need another steak and chop house in our neighborhood. We needed a place with St. Paul-Minneapolis restaurant level flavor (at a better price) that was a close enough option for date night so we could try out our inexperienced fifteen year old neighbor as a babysitter. And though we mid-class-south-metro-suburbanites could shell out $12 for a glass of wine or $16 for a salad, let’s make it very clear: we don’t want to. That’s why we live in the ‘burbs. Our taxes suck, and we want the best of both worlds.

So on day two of their much anticipated opening, my good friend Marsh and I ventured out 3 minutes west (see why we want this to succeed so badly? It’s literally next door.) to see if we were finally getting what we’ve been asking for.

It was busy. Not too busy that we wanted to walk out, but a nice, balanced buzz of conversation hung in the air and a bustling service team weaved seamlessly between tables and the bar. We got excited.

We were seated at a booth tucked away near the back. Our server was a young guy in his early twenties (I forget his name. Let it be declared that I will try to be better about that in the future.) who greeted us with a big smile and some recommendations based on what the staff had tasted in the days leading up to the opening. We promptly ordered the bottle of Sauv Blanc on special for $20 (it was like they knew we were coming) and our eyes lit up as we perused the menu.

Ahi tuna crisps. Fried goat cheese. Short ribs. A great tap list. It’s like we weren’t even in Lakeville anymore. We’re very much an apps-for-dinner type of crew, so here’s the lowdown on our late night happy hour dinner:

We picked 3 cheeses — Monte Chevre (goat cheese), Horseradish Chive Havarti (with real pieces of horseradish, folks), and the Tilamook Cheddar — for $12. They have an amazing selection and I can’t wait to try the rest. (Although the Chai BellaViatano sounded intriguingly….well, odd — they were out, which makes me want to order it next time for sure.) 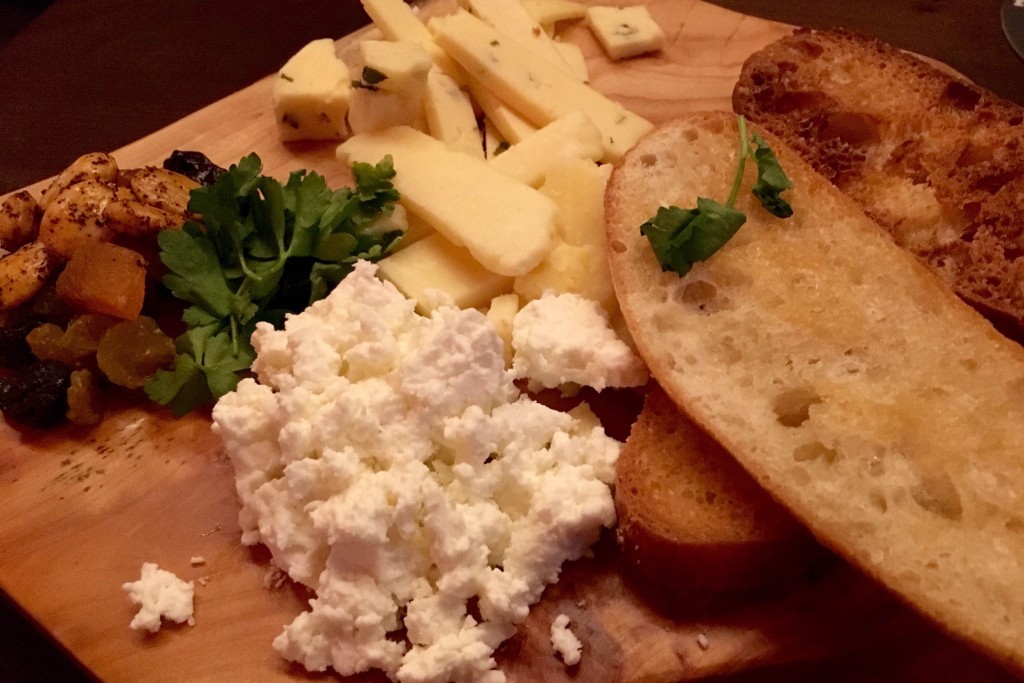 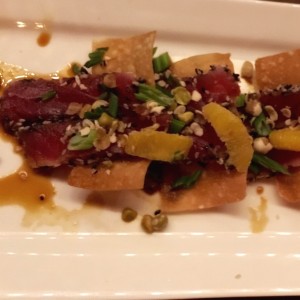 The only other place I’ve seen this kind of goodness offered in the south metro is at Vivo in Apple Valley.

Also, the portions at Vivo are miniscule compared to this.

They’re way more generous with their pieces of Ahi. One could easily order this for their own dinner plate. Delicious. 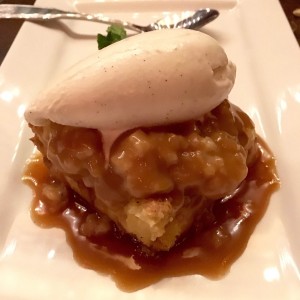 Mr. MaK may no longer be making stops for Dairy Queen Blizzards on the way home, because I’ll be texting for bread pudding delivery.

While I would normally never pair a dessert with a white wine like I did last night, there was a very distinct bourbon note in the Sauv Blanc we ordered and it was so nice with the rich caramel drizzled over this silky bread pudding.

All in all, we loved the entire Barley and Vine experience, and we’re looking forward to many repeat visits. Server missed a couple of minor water refills, but made it right as soon as we asked. He was also genuinely interested in the feedback of guests who had been to the location under previous names — what didn’t work before, what we wanted to see at Barley and Vine, and he even produced comment cards at the end of the meal.

So, to owners of Barley and Vine in Lakeville: As a customer, I find your diverse menu (and the modest pricing) a delightful change for the south metro. You’re off to a fantastic start by having your servers taste the menu items and provide recommendations, and I commend you for immediately trying to get a pulse on what the community thinks. As a social media marketer, I say to you, keep up the great work on your social channels, and don’t underestimate the power of promoting a daily happy hour special during the week. 🙂

And to the residents of Lakeville, Farmington, Apple Valley, and beyond: Get to Barley and Vine before the city folks hear about it. Check out their menu here, and don’t forget to follow them on Facebook.

Have you been to Barley and Vine in Lakeville yet? What did you think? Are there any other south metro restaurants that you favor for a date night or happy hour over a night in the city? Let me know what you think in the comments below, or find me on Facebook, Twitter, and Instagram.